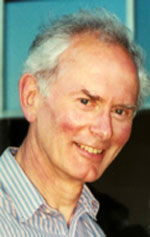 Loss of green spaces is very much in news as the local plan is under consideration the demand to meet housing targets ever present and the green belt under review. We have been here before. Many of you living in Sunbury would be unaware that our peaceful village may have been so very different had it not been for the quiet efforts of a few key individuals. Pat Curran, one of those working behind the scenes, sadly lost his battle with illness recently but leaves a huge legacy in Lower Sunbury.

Orchard Meadow was privately owned in the 1970’s. It has been used for grazing horses but the owners put in plans to use the site for sheltered housing. The council was lobbied over many months, finally completing a compulsory purchase of the land for the enjoyment of the community. Pat Curran, at the time LOSRA chairman, is credited with being one of the main influencers behind this acquisition.

TP26 or Hawke Park as you may know it, was taken off the statute book with Pat’s persuasive skills. It had been proposed as a relief road for Thames Street in the 1930’s but the idea was shelved. It may still have happened had the status not been changed permanently.

Pat Curran was also instrumental in getting the lorry ban in Thames Street put in place in the 1970’s. Perhaps it is true that it needs revisiting now, but the fact the weight restriction has been in force for so long must have helped the infrastructure of the historic houses on Thames Street.

And maybe you didn’t realise that at one point The Avenue was destined as the helicopter highway on the Heathrow/Gatwick route. Pat, along with John Hirsh, took on the might of the Civil Aviation Authority and succeeded in getting the Heathrow/Gatwick re-licensing application refused Pat had a reputation as an eloquent speaker, calmly and intelligently putting his case. It was these qualities that proved so helpful in the numerous meetings with local authorities and which resulted in some considerable wins for Lower Sunbury.

When we met with Patsy, Patrick’s widow, she said that her husband would not have been comfortable being in the limelight through an article of thanks. His civic duty knew no bounds and this was his driving force, not his wish for accolades. He loved Sunbury, having moved here in 1970, and was passionate about protecting its green spaces. He became chairman of LOSRA in the early 80’s and worked tirelessly on preserving our village integrity.

On a personal level, Pat was the longest standing fan of London Irish, following them passionately for 50 years. He was also clerk to the governors of St Ignatius school and was awarded an OBE for his services to education. He took up running at the age of 54 and completed 3 marathons, raising money for the Princess Alice Hospice. He loved cycling and did trips as far afield as Canada and Australia, also London to Rome with a team of friends.

As well as all this he was a wonderful father to his two daughters, Catherine and Juliette and a good husband to Patsy who he had known since he was only 8 years old.

Pat was only 78 when he passed away. He battled with dementia for 8 years.
We have much to thank this Sunbury man for. Pat Curran rest in peace.