“Thank you so much for the latest edition. I am amazed at the work that goes into these high standard publications. We are so lucky to receive it”  Margery Day, Molesey

Village Matters was launched in 2010 with the objective of bringing local stories to the community, together with local trades and businesses in monthly magazines. Sunbury Matters, Shepperton Matters ,Molesey Matters and now Walton Matters are all funded by advertising, but the rates are kept at such a level to make it affordable to small businesses. Just over 30,000 homes and businesses in total, every month, supplying targeted local advertising. All four magazines are available separately,however many advertisers do choose to advertise every month across all four. 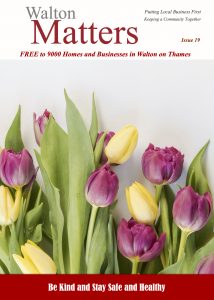 Although we are on lockdown and life is far from normal, Walton on Thames has good news in that it… END_OF_DOCUMENT_TOKEN_TO_BE_REPLACED 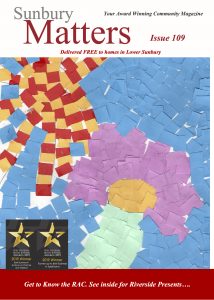 In these difficult times we hope to bring you some inspiration this month. The front cover is by a budding… END_OF_DOCUMENT_TOKEN_TO_BE_REPLACED 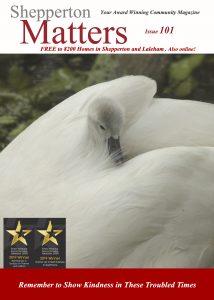 As our community struggles to adapt to our new lockdown existence, think beyond to when times get back to normal…. END_OF_DOCUMENT_TOKEN_TO_BE_REPLACED 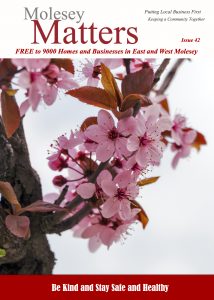 This month along with messages about safety and community support, we hear about JM Barrie’s who was once a houseboat… END_OF_DOCUMENT_TOKEN_TO_BE_REPLACED

Advertise your local business in our magazines

It's now fast and easy to book your advertisig online. Prices start from just £42 per month.

Just around the corner from Shepperton Studios is the beautiful church of St Mary Magdalene, Littleton. It was founded in… END_OF_DOCUMENT_TOKEN_TO_BE_REPLACED

Advertise in Walton Matters next issue to reach out to the KT12 community. Don't miss out!