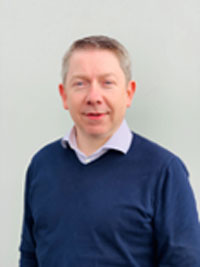 The commissioning process ensures the equipment is operating correctly and is expected to take a couple of months, so it should be finished later in the summer.

What were the plumes of smoke coming out of the building and chimney recently?
The recent emissions were part of the refractory dry out and steam blowing activity. The refractory dry-out is where the inside of the gasification unit has to be heated slowly to avoid cracking (much like a kiln). This was done using oil burners as we haven’t introduced waste yet, so there was a small amount of emissions from the chimney, which were similar to car exhaust fumes.

The larger plumes that were seen coming from the building itself were steam. At times, this may have looked more grey than white. However, this is the same as heavy rain clouds looking grey due to the concentration of the steam rather than any fumes or emissions in the steam. The steam was from the steam blowing exercise, where it is pushed through all the pipes to clean them. If you ever see plumes coming from the building itself, it’s just steam venting. All emissions are released through the chimney only and not through the building.

Is this what it will look like when the site is operating?

No, steam blowing is only part of the commissioning process. Normally the only thing you might see is a small amount of heat haze from the chimney, and occasionally a small amount of steam from the building when we start up or shut down.

How will we know what’s in the emissions?

The emissions will be monitored constantly, and the data will be reported to our regulator, the Environment Agency. We’re also planning to put the emissions data on our website, so you’ll be able to see it for yourself.

We’re in discussion with Surrey County Council regarding the sign and plan to appeal the decision from Spelthorne Borough Council.

Where can we get more information?

We keep the Eco Park website updated regularly and I recommend you subscribe to the quarterly newsletter which will give you news and information about the site. We also published an FAQ document earlier in the year, which answers lots of important questions and can be found under the news section on the site.

About Justin
Justin is the Plant Manager at the Eco Park and has worked for SUEZ for seven years. He holds a degree in Chemical Engineering with Environmental Protection and has over 20 years’ experience in the Fine Chemicals, Biofuel, Oil & Gas and Waste industries. He grew up in Ashford Common and has family and friends who live in Charlton Village and Shepperton.