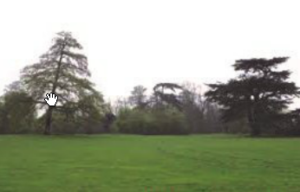 Laleham Park is a glorious unspoiled treasure in our borough. Earlier this year the Council put forward plans for the development of the park incorporating a football academy to which there was overwhelming opposition.

In June they issued revised plans allegedly based on the consultation and gave residents a window of two weeks to ‘vote’ on them. The plans are skeletal to say the least and by the time you read this that window will have closed.

The plans are short on facts and do not explain the consequences thereof.

The proposed development is not being funded by Spelthorne, who are short of funds, but by Sport England and other sporting bodies principally to promote football. No doubt to obtain a grant assurances have to be given that there will be sufficient use of the football facilities to justify the investment. A sports academy is being proposed which will totally change the ambiance of the park. The proposals state it will include three football pitches which poses the question what else is proposed? Are there any guarantees there will be nothing further?

The council need to answer many questions before a considered response may be given including;

There are other football facilities in Laleham including the recreation ground at the Lucan Pavilion which is underutilised. There is a desire to expand the facilities there by incorporating some of the Brownfield site owned by Brett’s. Earlier discussion with Brett’s have not borne fruit but is it really beyond the realms of possibility for the Council to negotiate some form of arrangement so this land could be used rather than a beautiful Greenfield area.

Community rooms are to be included in the development. What would these be used for? Is there a demand ? Have the Council considered the impact on the Laleham Village Hall and the Scout Hut/Church Hall, both locally registered charities?

If the facilities are to be well utilised what impact will the additional traffic have on an already busy and noisy road network saturated by trucks many of which are going to and from the local quarries. Is it intended to close Thameside or make it one way? What impact would this have?

Many would welcome a cafe and toilets in the park and an enlarged and upgraded children’s playing area but this is not on offer without football finance and the destruction of the park as we know it.

The Council is not being open and honest with their residents  – the very residents who by virtue of Council Tax pay their salaries and allowances. They are canvassing views without giving facts and giving residents little time to consider the implications and discuss the proposals with others. Surely residents deserve better.

Hopefully the plans are still on the Council website – www.spelthorne.gov.uk.
It is certainly not too late to express your views by emailing s.muirhead @spelthorne.gov.uk