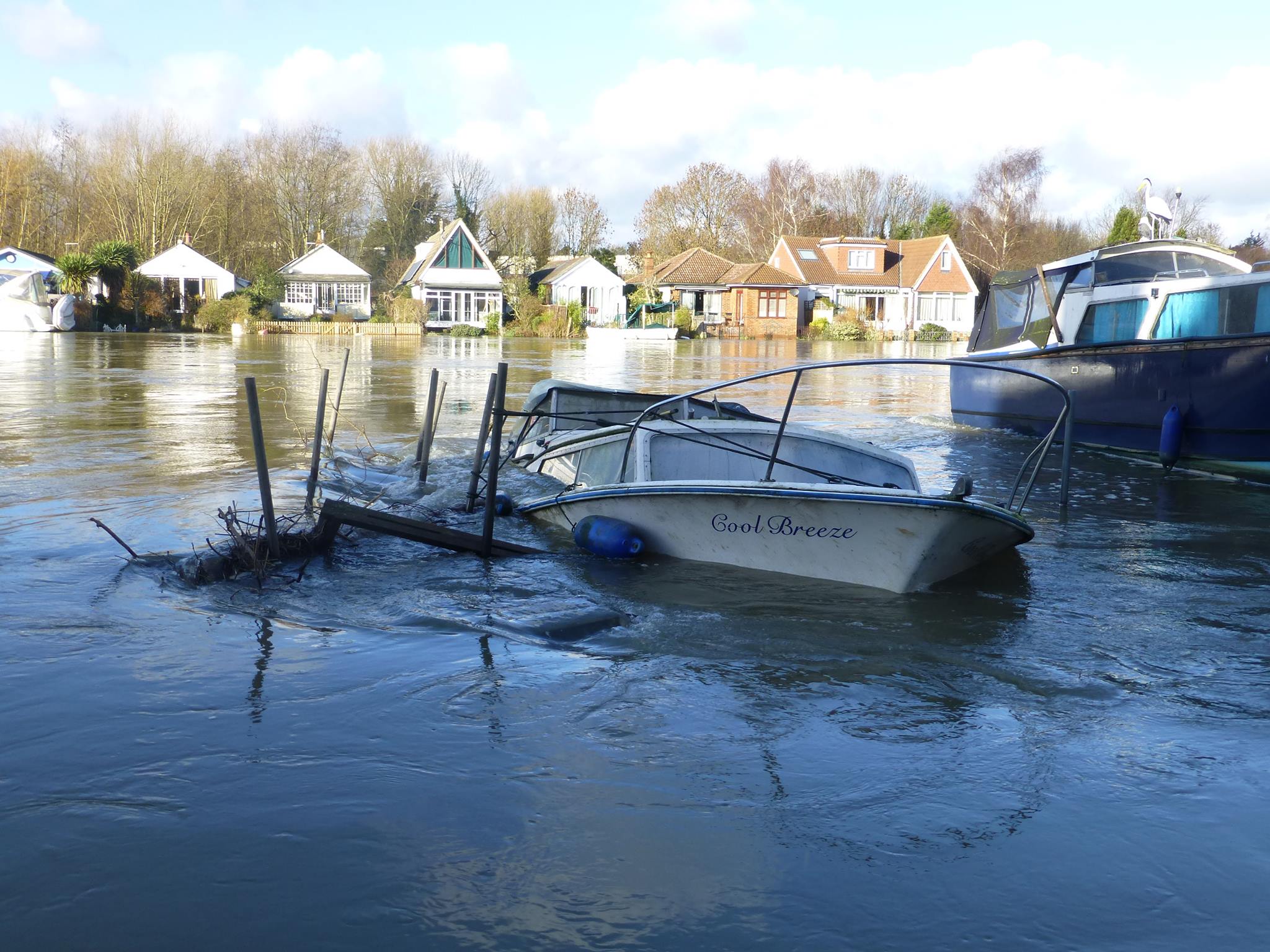 Sunbury on Thames. The name has a lovely ring to it. Yes, it is indeed on the river, and many of us choose to live by the river for the beauty, nature and access to the water. I am one of them. In choosing to live by the river we take calculated risks. The river is fickle, but with modern day flood defences, sluices and the Thames Barrier, surely we should be able to cope with it, so it is worth risking. The flooding of 2014 was something to behold though. Our community became the focus for much media attention and rubber-neckers coming to take photos of our flooded roads and houses.

There have been many stories of camaraderie, the community pulling together to help and support each other. From helping those threatened by flood with raising furniture or saving belongings to offering food and shelter to those who had to evacuate. Or even collecting post from the sorting office because they couldn’t deliver to flooded areas and lending electric heaters to neighbours who lost boilers to the rising waters. People who may usually be strangers to each other gave mutual support. We were all stressed but we were all in this together. The waters also made for some extraordinary scenes. Thanks for sharing your photos which you can see on our Facebook page.

But what of the future? This is becoming more or a regular occurrence. The Environment Agency did not even put Sunbury on flood warning until January 6th – the day most of us returned to work. This was despite water levels rising higher than last year during the Christmas break. What can they do? Much land close to the river is flood plain.

Houses are by and large raised up, designed to let the river find its way under them. But the EA land on Fordbridge Road was artificially raised up some years back, so water can no longer find its course on that piece of flood plain. Furthermore, it is now about to be developed to build more housing, yet the EA itself is supposedly against building on flood plain.

What about river maintenance itself? It is years since the rivers were dredged. If the river is not deep enough it will spill over. If it can’t find its way to a soak away, it has no other choice than to keep rising.

I am not an expert, but is it not obvious that it is these two issues which are affecting our properties by the river? It is up to the Environment Agency to manage the waters. We should all be mindful of this and make a fuss. We know that if enough of us complain, the authorities at least take note and often make concessions. It has to be worth the effort of trying!

Meanwhile we hope the clear up will be OK and that those affected will sort out homes, claims and be more secure in the future.