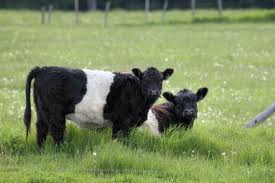 There has been a regular topic of conversation in Sunbury Park over several months. Are they really putting cows in the park? Why on earth would they do that? When will it happen? Etc.

So Sunbury Matters spoke to David Hicks who is in charge of the project at Spelthorne Council to get an insight. David is enthusiastic about the plan, but admits that it is an inherited project, and recognises that it will not be welcome news to all. The fact is that the Borough has classified Sunbury Park as a ‘Wildlife Park’ not an amenities park (like Laleham Park for example). As such the focus is on biodiversity. The fact is that there is ample evidence that getting cattle to graze the land will be better for it and will encourage species.

David explains; “The site itself has experienced a number of years of inappropriate management as an amenity parkland. This has led to the grass sward being too tightly thatched for wildflowers to be able to germinate effectively and so we have seen a dramatic decline in the invertebrate population on the site. The reintroduction of cattle will in time reverse this by breaking up the thatching and creating a mosaic of differently grazed heights within the sward. The council acknowledges that there will be some user groups who currently visit the park who will be nervous about the cattle returning, particularly the dog walkers who will have restrictions placed on them when the livestock are on site. The current plan is to only graze the site during the summer months so the disturbance will be minimal”

New fencing and kissing gates will be introduced, and a water source made available. These in themselves are positives to all, and will stop our little furry friends from wandering into the car parks. The cattle in question are Belted Galloways, (pictured) which have a reputation as a placid easy going beast so residents should not be worried about cows running amok. The cattle they will be using will be are owned and managed by the Surrey Wildlife Trust. There is some useful information about the benefits of grazing on this link: www.surreywildlifetrust.org/conservation/projects/3

The plan is to hold a public exhibition of a few cows in Sunbury Park in May at some point (dates not available yet) so that the public and get to see them and ask questions.